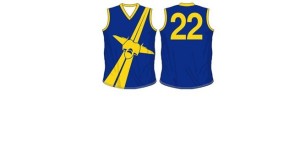 AFL Victoria is pleased to announce the appointment of Torin Baker as the Head Coach of the Western Jets for season 2013.

Torin replaces previous coach Steve Kretiuk in the role after Steve indicated he was pursuing further coaching opportunities outside the TAC Cup system.

Torin comes to the role after spending the previous two seasons as the Jets midfield and defence line coach and two more seasons as an assistant/fitness coach in the Jets U16 program.

Torin has been a premiership player with the Spotswood FC in the Western Region FL and also had a coveted playing career as a player in the country taking out the Mathieson Medal in the Geelong league and was runner up in the Maskell Medal in the Hampden League.

We all welcome and wish Torin all the very best in his new coaching venture.