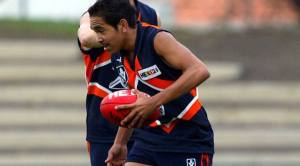 Calder Cannons will celebrate 20 years in the TAC Cup competition with a gala Hall of Fame function in January.

Entering the competition in 1995, the club has produced a host of champion AFL players including Jude Bolton, Dane Swan, David Rodan, Paul Chapman and Ryan O’Keefe just to name a few of the more than 100 players that have been drafted to the AFL from the region.

On Saturday January 31 at Etihad Stadium Calder will announce the first inductees into the Calder Cannons Hall of Fame, and will also reveal an All Star Team of 20 Years.

It will be an opportunity to celebrate the rich history of the region, that has won the most TAC Cup premierships (6) and will have over 40 former players on AFL lists in 2015.

2014 was a highly successful year for the Cannons, finishing runners up to Oakleigh Chargers in the Grand Final and producing nine AFL draftees, including three first round draft selections in Paul Ahern, Peter Wright and Jake Lever.

Past players, staff and families are invited to attend the major event, and for more information about ticket prices and how to attend, CLICK HERE