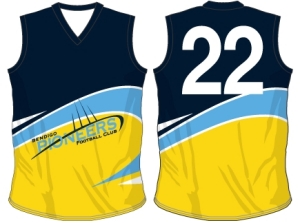 MARK Ellis yesterday declared his seventh season as coach of the Bendigo Bank Pioneers Football Club will be his last as he prepares to tackle a new role with AFL Victoria.

After a nine-year stint in the TAC Cup under-18s competition, Ellis is looking forward to a new challenge by working with AFL Victoria’s academy program and the under-16 and under-18 squads.

In announcing the changes, Byrne said Ellis had made an “enormous contribution” to the Pioneers.

“Mark has played a key role in many players graduating from the Pioneers to now be playing in the AFL or VFL,” Byrne said.

“Mark has done everything with great enthusiasm, and nothing was too hard for him to do or try.”

Click HERE for the full story from the Bendigo Advertiser's Nathan Dole.