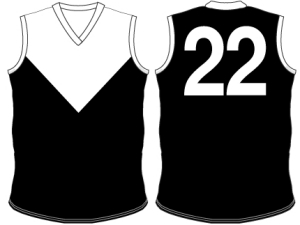 The North Ballarat Rebels have continued their impressive run towards a 2011 finals campaign with a 22-point victory over the Geelong Falcons at Skilled Stadium as Toby Prime reports.

Speaking after his team’s ninth win for the season, Rebels coach David Loader said he was pleased with his player’s ability to spread the workload across the playing group.

“We were relatively even across the group which is always important for a team like us so that was good,” Loader said.

“We probably used our tall forwards a little bit better after half time, we were able to isolate a few dangerous options down there,” he said.

The first quarter was a free-flowing affair with both sides doing plenty of attacking with their rebound off the defensive lines.

The Falcons midfield proved superior in the opening quarter with 16 inside 50s for the first quarter, but only resulting in four goals for the term.

The Rebels were able to capitalise on their eight inside 50 entries, matching the Falcons with three goals of their own to only trail by four points at quarter time.

At the 11 minute mark of the second quarter the Falcons had an 11-point break with Jai Sheahan creating a number of headaches for the Rebels defence.

The Rebels then piled on the next four goals of the quarter in nine minutes of footy that saw the visitors with a 14-point lead at the main break.

Nick O’Brien continued the momentum for the Rebels with his fourth goal for the afternoon coming inside the first minute of the second half.

The Falcons were rattled and lacked poise going forward failing to find their targets as the Rebels worked back in numbers to help in defence.

Another three unanswered goals midway through the third term gave the Rebels a 28-point lead nearing the final change.

Devon Smith gave the Falcons hope heading into the last term when he goaled late in the third quarter, reducing the margin to 24 points.

Under instruction from Falcons coach Aaron Greaves to be bold in their play, the Falcons looked dangerous early in the last quarter using the corridor to great effect.

But continued poor disposal forced the Falcons to work twice as hard as the Rebels were precise with their efficiency.

Nick O’Brien was a clear best on ground for the Rebels with six goals to take his season tally to 15 in six games.

With four rounds left in the TAC Cup season, Loader said that he has been pleased with the consistency from the whole playing list.

“We’ve been able to roll our whole list through with the school commitments and state footy,” Loader said.

“We’ve been able to play a lot of our bottom age boys who have had a little bit of a taste of it,” he said.

After the development weekend this weekend, the Rebels will host the Western Jets while the Falcons will look to bounce back against the Dandenong Stingrays.