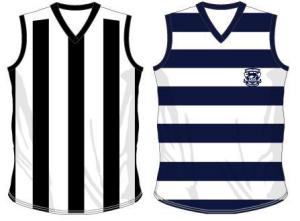 TAC Cup graduates will make up over half of the players taking to the MCG on Saturday.

29 players taking to the field in the AFL Grand Final between Collingwood and Geelong started their football journey in the TAC Cup, with 27 of these players drafted directly from the competition. The two other players – Nick Maxwell and Darren Jolly – were later picked up by AFL clubs after a season in the VFL with North Ballarat.

A number of players recruited from the same TAC Cup club will be lining up for opposing teams on Saturday.

Even rookie AFL coach Chris Scott got his start in the TAC Cup with the Eastern Ranges.

Best of luck to all former TAC Cup players in this weekend’s Grand Final match.

* Brackets is year player was drafted from TAC Cup