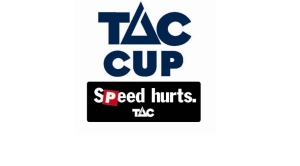 The AFL Victoria TAC Cup fixture has now been released, with season 2012 to be the 21st year of the competition.

A number of events and initiatives are planned to help celebrate the competitions 21st anniversary, providing a great opportunity to reflect on the players, administrators and volunteers that have played an integral part in the history of the competition.

In 2012, the Transport Accident Commission (TAC) will continue their long term partnership with AFL Victoria’s premier under 18 competition. This year the TAC has moved to a road safety message of Speed Hurts as part of their increased focus on reducing speed-related road trauma.

2011 proved another successful year for AFL Victoria’s TAC Cup competition, with 55% of the AFL NAB Draft picks selected from the TAC Regions, including 8 of the top 10 selections and the number one pick - Eastern Ranges Jonathon Patton. In total 62 players were drafted or rookied at the end of 2011, which highlights the strength of the talented player pathway in Victoria from the contribution of the 12 AFL Victoria TAC Region programs and the community leagues.

A number of regional areas will have the opportunity to experience TAC Cup matches this season with games fixtured for Moama, Shepparton, Lavington, Port Fairy and Portland, as well as regular home games in Morwell, Geelong, Ballarat, Bendigo and Wangaratta.

12 AFL Victoria Regions will again be part of the TAC Cup competition, with the additions of Queensland and Tasmania in May in the lead up to the NAB AFL Under 18 Championships. Dandenong Stingrays will now be known as the Dandenong Southern Stingrays, reverting to their original name to better reflect their entire zone.

The season kicks off with Metro Round on Sunday March 25.

The 2012 AFL Victoria TAC Cup competition fixture is below.