Draft Watch: More Debuts in Round 3 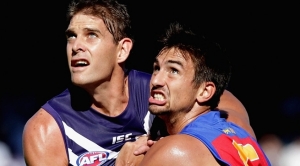 Billy Longer and Sam Kerridge have made a dream become reality on the weekend, debuting in the AFL.

Longer, was drafted to the Brisbane Lions from TAC Cup region the Northern Knights with selection 8 last year. He debuted on Saturday at Paterson’s Stadium against the Fremantle Dockers. Longer was left to lead the Lions in the ruck after his teammate Matthew Leuenberger injured himself early in the game. This meant competing against Fremantle’s champion big man Aaron Sandilands. Longer put forward a strong effort against the biggest ruckman in the game.

2011 Bendigo Pioneer player Sam Kerridge debuted on Sunday afternoon for the Adelaide Crows in their clash against Hawthorn. Kerridge played a third of the game which resulted in few possessions but he was effective with his use, recording 100% efficiency.

Round 4 will bring upon another opportunity for further TAC Cup draftees to make their much awaited debut into the AFL competition.