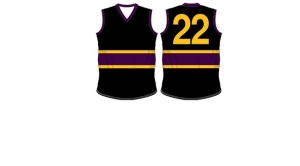 The Murray Bushrangers have notched their fourth win of the season condemning the Bendigo Pioneers to their second consecutive loss with a 45-point victory on Saturday as Maddie Wines reports.

The Bushrangers, coming off a 43-point win over the Eastern Ranges led the way from the first bounce. The Bushrangers were able to effectively win clearances from the centre giving their forwards many opportunities to score. Lachlan Howe kicked the Bushrangers first while the Pioneers only managed a single point in the opening quarter.

The Pioneers, kicking with the wind in the second term were able to make a mark on the scoreboard with a goal through Alex Hywood and then Sam Heavyside. However Jydon Neagle was quick to reply for the Bushrangers. The Bushrangers went into the main break with a 6-goal lead.

The Pioneers kicked the first goal in the final term displaying intensity and urgency, which they lacked early on however the Bushrangers hefty first quarter margin enabled them to run out eventual winners.

Bushrangers’ Nick Warnock had a good day out kicking a handy six goals, earning himself a place in the best.

This week all TAC Cup teams will participate in a league bye, as the round will be dedicated to finalising Victoria State team lists.