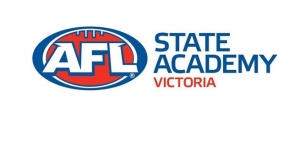 This Sunday 20th May, VIC Metro will take on VIC Country in an Under 18 Trial Match at Visy Park in Carlton.

The game kicks off at 11am and consists of 6 x 22 minute quarters to ensure that each side can play their entire squad.

This Trial Match will help both sides prepare for their upcoming NAB AFL Under 18’s Championship opening games. VIC Metro kicks of the start of the competition with their clash against the Northern Territory on Saturday 26th May at TIO Stadium in Darwin.

VIC Country follows the week after when they take on NSW/ACT in Blacktown on Saturday 2nd June.

Both teams will select their final 40 players for the Nationals Competition at the conclusion of this trial and announcements will be made mid way through next week.