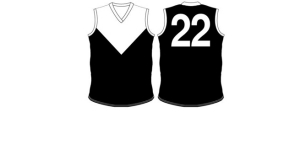 The North Ballarat Rebels will be crossing Bass Strait this weekend to take on Tasmania in the TAC Cup competition.

This Country Round clash is the Under 18 Tasmanian sides second contest in the competition this year. May 12th saw Tassie beat the Western Jets in a nail bitting victory by a mere nine behinds.

The Rebels enter this weekend’s contest in third place on the ladder after a convincing 97 point win over the Oakleigh Chargers in the last round.

North Ballarat’s Coach, David Loader thinks the side is tracking well thus far in the competition.

“The season so far has been good for the Rebels as a whole group, as we have learnt a lot about our playing list and we have enjoyed winning numerous games. We have certainly got some areas of our play that we are working on improving, but we have also been pleased with the progress of a lot of our players and how we have been playing as a team.”

Loader has taken some pointers from of the Western Jets slim loss to Tasmania and believes that if his side plays their own game well, that they can be successful on the day.

“Tasmania recorded a solid win against the Jets and yes we will certainly be looking at their vision and planning accordingly.

“As a State team they have a good spread of talent across the team, a good mix of size, and speed etc. We will certainly be concentrating on doing what we do best as a team, and this will be our main focus.”

The Rebels have put together a solid team unit this year, where all individuals play their part in the teams overall success.

Loader suggested that some of the more consistent performers in the backline have been Tyler Blake, Tanner Smith and Tim Mackenzie. Standouts in the midfield have been Nick Rippon, Tony Lockyer and Matt Crouch. The teams’ forward line has also been bolstered by Louis Herbert, Dallas Willsmore and Beau Bennett.

This TAC Cup contest will act as a curtain raiser to the Peter Jackson VFL State League match against Tasmania sl at Blundstone Arena in Bellerive. David Loader believes that both the trip as well as the significance of the game will be a learning experience for his young men.

“Firstly it is a great experience for our young side to travel and play interstate. The trip helps enormously with boys getting to know one and other as they are from such a sparse area.

“Secondly the organization that takes place for a trip like this is vast. All involved, staff and players get more experience in this area to make the trip a success and for things to run smoothly.

“And finally for the players, they get to watch and learn from the players at the next level of football. This is a great way to learn, take notes and discuss the game, the players, and the style of football that they play. All round a great experience for the Rebels group,” Loader said.

Several North Ballarat players will be using this match as a platform to impress selectors for the Victorian Country Team. The side’s first U18 National Championships match takes place next weekend against NSW/ACT.

Rebels players Matt Crouch, Tyler Blake, Louis Herbert, Nick Rippon, Dallas Willsmore, Michael Close, Tanner Smith and Tony Lockyer are all vying for a place in the team once the Vic Country squad is culled after this weekend.

Tasmania U18 vs North Ballarat Rebels