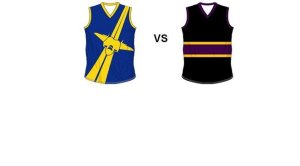 Round 12 of the TAC Cup will see the Western Jets take on an ever-improving Murray Bushrangers at Burbank Oval on Saturday.

The Western Jets currently sit at 9th place with four wins and seven losses, clearly depicting their somewhat inconsistent year thus far. However, the Jets have produced some very impressive performances, changing a 51 point loss to the Oakleigh Chargers in Round 2, to an 81 point victory against them in Round 10.

Coach Steven Kretiuk admits that the constantly changing nature of the competition has contributed to the varying results that they have produced.

“We were under no illusions that they (Oakleigh Chargers) had a fair chunk of their team out with school and Metro duties in Round 10 but I was impressed with our ability to defend and restrict their impact on the scoreboard. We managed to keep them to one goal in the first half which was pleasing because we worked extremely hard in pressuring their ball carrier and setting up defensively behind the ball.”

Kretiuk has observed development beyond his expectations in certain players this year.

“I am really happy with the improvement in Ash Brown, Josh Bench and Ajdin Elkasovic over the first half of the year. They have been really impressive in their consistency of effort and willingness to get the best out of themselves.”

The Western Jets have noted their opponent’s recent form and will be well prepared for the challenge.

“Murray are a very quick and skilful side who are playing with some real confidence and urgency. We will have to be at our best in all facets of the game to be in a winning position come games end,” Kretiuk said.

The Murray Bushrangers enter this Round 12 contest in season high form having just knocked off the second placed Gippsland Power by 45 points.

The Bushrangers set themselves up for the match during their second term, kicking 10 goals and restricting Gippsland to a mere single major.

Coach Darren Ogier was impressed by both the team and personal performances on the day.

“Like everyone we have been working on getting our processes right. Our execution of what we have been trying to achieve was tremendous, as were some of the individual efforts.”

Murray were greatly assisted by Kaiden Antonowicz’s round high 6 goals on the weekend.

“Kaiden is a smart small forward who has good hands and loves a goal. He has worked really hard to improve on all aspects of his game and it was great to see him get amongst the goals.”

The Bushrangers know not to underestimate opponents regardless of their ladder position.

“Western may have been inconsistent on the scoreboard, but you know that you are going to earn every kick when you play them. They beat Geelong and were right in the game in the last quarter against Dandy, so it is going to be a great challenge for our boys, I can't wait to see how we go!” Ogier said.