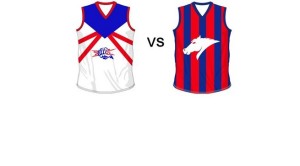 Gippsland Power and the Oakleigh Chargers go head to head this weekend in a season altering top four clash that presents valuable opportunities for both sides. The second placed Power is only trailing North Ballarat on percentage and require a convincing win to gain top spot. On the other hand, a win for Oakleigh would provide the prospect of separating themselves from those challenging for fourth spot on the ladder.

This is the first encounter that these teams have had in the 2012 TAC Cup season. After performing some research on their opposition, Gippsland Coach Nick Stevens is braced for a tough contest.

“I really rate Oakleigh as a team and think it will be a great match, they are a super competitive side and I think both sides will match up well.”

Gippsland exited the 2011 finals series in straight sets after putting together an impressive home and away season. Consequently, Stevens is not involving himself in the hype of who will finish on top of the ladder come Round 17.

“To be honest it’s not that important to us, as long as we stay in the top four we will be happy. To finish top four in such a tight competition is a great place to be.”

“I have been really pleased with our side’s form, especially the guy’s ability to stick to the team structures,” Stevens said.

This week’s opposition, the Oakleigh Chargers sit on the cusp in fourth place after eight wins and fives losses this year. Coach Justin Wenke has been impressed by the development shown across the whole side.

“This week we will play our 62nd player on our list, so we are really pleased we are giving players in our region an opportunity to play TAC football.

“The Chargers have had seven players play national football representing Victoria, New South Wales and Northern Territory. We also had two boys named all Australian in Jack Billings and Luke McDonald both are bottom age players.

“The club has developed a terrific alignment with the Port Melbourne FC where 8 of our listed boys have played at VFL level this season. So in terms of developing our list we know we are heading in the right direction both on and off the field.”

Wenke considers the Power to be leaders within the competition across several aspects of the game and will consequently ask his team to put forward their best efforts this weekend.

“Gippsland have been the standout team in the competition for winning contested possessions, they tackle well and have strong form at the clearances. We will need to be at our very best to match Gippsland in those key areas of the game.”

Oakleigh are not presented with the luxury Gippsland embrace over the rest of the competition. The Chargers have many teams snapping at their heels and will need to be successful each week leading into the finals to ensure their double chance.

“We see the next month of football as really important in determining where we sit in terms of a finals spot not necessarily just pining our hopes on this game,” Wenke said.