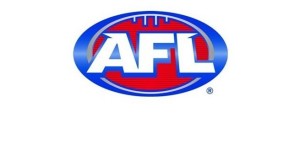 The AFL have announced the sixth group of players, Tall Forwards, to be invited to the NAB AFL Draft Combines to be held in October 2012 as part of its talent identification process in the lead up to the 2012 NAB AFL Draft.

The Tall Forwards group comprises 30 players who play predominantly forward roles and includes one All-Australian in Jesse Hogan from the NAB AFL Under-18 Championships who is only available for the mini-draft in October and five players who are members or graduates of the AIS-AFL Academy.

“The Tall Forwards are still arguably the most influential players in the game and often the hardest to identify early when eligible. Fremantle champion Matthew Pavlich was overlooked by all AFL clubs as a 17 year-old in 1998 before Fremantle selected him at choice number four in 1999.” said AFL National and International Talent Manager Kevin Sheehan.

DOB: 02.08.1994
“Hard working tall forward with strong hands, both on the lead or in a contested situation.  Makes good decisions when in possession of the ball by either hand or foot, and applies great defensive pressure to the opposition when they have it.  A very good reader of the play, he also has the ability to play at either end of the ground.  Had a season high 18 disposals and 10 marks (five contested) Vs Dandenong in Round 16 of the TAC Cup.”

DOB: 30.07.1994
“Mobile and strong marking tall forward who missed three games in the NAB AFL Under-18 Championships due to injury. Has elite endurance for his size (15 plus beep test) and excellent disposals by foot. He also has the ability to play as a backup ruckman.”

DOB: 08.03.1994
“A courageous tall forward with an excellent set of hands in the air.  He has the ability to take it out in front on the lead or going back with the flight in a contested situation.  An agile player that can also compete at ground level, his vision and game sense are very good.  Played one game for Vic Country in the NAB AFL Under-18 Championships kicking two goals.  Impacts the scoreboard regularly and this was highlighted in his season best haul of six goals in the opening round of the TAC Cup season vs the Geelong Falcons.”

DOB: 04.03.1994
“Tall forward with outstanding agility for his size. Very poised with his disposal by hand or foot and can play at either end of the ground or through the midfield. Has good game sense and natural pace. Is eligible for father/son to Collingwood, where father Craig played. Represented Vic Metro in the NAB AFL Under-18 Championships with his best game vs TAS gaining 23 possessions including 15 contested and six marks. Graduate of the AIS-AFL Academy.”

DOB: 25.04.1994
“Tall forward/defender who excels one-on-one with his marking and body positioning. His kicking is both penetrating and precise, whether forward or back, and he has good speed off the mark. Thrives on the contest and tackles strongly. Overcome serious leg injury last season to play some excellent football for Bendigo Pioneers this year and represent Vic Country in the NAB AFL Under-18 Championships. AIS-AFL Academy graduate.”

DOB: 13.09.1993
“Left footed tall forward who presents well on the lead and is strong overhead. Averaged 13 disposals for Vic Country this year in the NAB AFL Under-18 Championships with his best game against their arch rival, Vic Metro. Has elite endurance and work rate and is capable of playing as a wingman as well. Has clean hands, good vision and excellent awareness.”