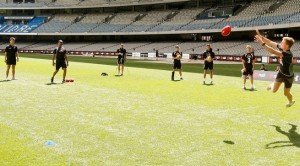 TAC Cup participants have taken close to a clean sweep of the NAB AFL National Draft Combine tests, with fellow Victorian Dean Towers from the VFL pipping them in one element of the Combine.

The four day event saw coaches, recruiters and media flock to Etihad Stadium to take a glimpse of the Nation’s future AFL champions.

The 2011 NAB AFL Draft saw 39 TAC Cup players recruited to AFL Clubs, which made up 55% of the Draft. This November looks to be following suit with Victoria saturating the Combine testing results.

Below outlines the top performer in each category.