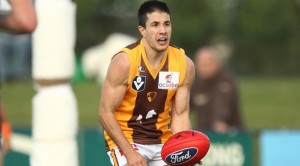 AFL Victoria is pleased to announce the appointment of Marco Bello as the Head Coach of the Northern Knights for season 2013.

Marco comes to the role after spending the previous two seasons as the Box Hill FC Development League Coach taking them to the 2011 premiership.

Marco has had stints as playing assistant coach at Nunawading FC in the Eastern Football League and an assistant with the SANFL Under 16 Country Youth Championships with both Central Districts and West Adelaide FC’s.

Marco currently has a full time role in Marketing and Communications.

AFL Victoria welcomes and wishes Marco all the very best in his new coaching venture.