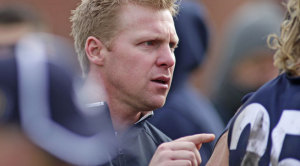 The Sandringham Dragons are gearing up for an exciting 2013 campaign, rejuvenated with a fresh batch of talented youngsters and a key group of returning stars.

While the Dragons’ 2012 season culminated in a four-point loss to the Gippsland Power in a nail-biting preliminary final, there was plenty to celebrate in the off-season.

Not only were James Stewart, Tom Temay and Xavier Richards given a shot at their AFL dreams but ex-Dragons Jack Frost and Kyle Martin also found a new home at Collingwood, via the NAB Rookie Draft.

“We were really pleased to see Jack and Kyle (drafted from the Peter Jackson VFL) get a crack at it as we consider them part of our extended family if you like,” said talent manger Ryan O’Connor.

“Jack, in particular, is a great story as someone who might have just needed a few extra years to develop… and could yet become a solid defender at AFL level.”

This season the Dragons are again expected to give opportunities to more than 60 players with the regions’ depth a significant asset, according to O’Connor.

“The depth of talent is probably as strong as I’ve seen in my time here,” he said.

“We think we have a great list of boys this season, who are really motivated and keen to see if they can go one better from what was a pretty heart-breaking finals loss.”

One player sure to be in the headlines is composed midfielder Josh Kelly, who O’Connor said was unlucky not be snapped up in the 2012 mini-draft at the end of the last season.

“I know a few clubs had a look at Josh and he’s just a really consistent player who has continued to improve in his time with us,” he said.

“He has an old head on young shoulders and just makes good decisions when he has the football.”

Another Brighton Grammar boy and fellow AIS squad member Christian Salem will attract plenty of attention this season with an elite kick, and a body that is already capable of competing at the elite level.

O’Connor also highlighted a strong contingent from Haileybury Grammar, including Angus Brayshaw, Nathan freeman and Lachie Howes, as key components in this year’s side.

The Dragons begin their season with a tough encounter against the Western Jets on Sunday, March 24.