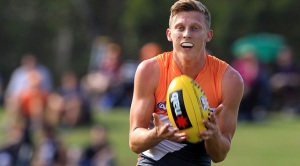 The TAC Cup’s reputation for developing ready-made AFL footballers looks certain to be enhanced in Round 1 of the AFL season.

Up to six players drafted out of the TAC Cup last season are in line for immediate selection with Richmond’s Nick Vlastuin likely to be the first cab off the rank.

The former Northern Knights midfielder again found himself in the Tigers’ best players in their win over the Bulldogs on Saturday, capping a stellar first pre-season at the club.

Damien Hardwick - a former hard-nut himself – is clearly impressed with Vlastuin’s no-fuss approach and appears certain to pick the youngster for Thursday week’s encounter with Carlton.

It is a similar story for St Kilda’s Nathan Wright, who has slotted straight in to Scotty Watter’s best 22.

The Dandenong Southern Stingrays export was again damaging off half-back in the Saints’ loss to GWS on Saturday, continuing a strong start at his new club.

The Giants could unveil two TAC Cup draftees when they tackle the Swans in a Sydney Derby to kick-start their second season at the elite level.

Both bagged crucial goals and were four-quarter performers in the victory, sowing up spots for Round 1.

But of all the players likely to feature over the next two weeks, it is former Bendigo Pioneer Ollie Wines who appears set to make the biggest impact.

The tough on-baller has racked up 19 clearances in the three games at the Power and is already being discussed as a possible future captain of the club.

Port Adelaide assistant coach Josh Carr last week compared Wines to Hawthorn champion Sam Mitchell and Power fans are licking their lips at the prospect of the boy from Echuca playing a leading role in their team’s resurgence.

While not guaranteed, live-wire and former North Ballarat Rebel Jake Neade is also in line for a call up at the Power after some blistering summer form.

While Neade could quite possibly be the lightest player on an AFL list this season, his speed and ability to find space in heavy traffic has many at Alberton Oval predicting big things from the indigenous forward.