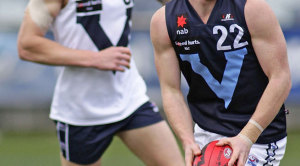 The teams have been announced for the start of the NAB AFL U18 Championship Division one matches.

In the opening rounds, Vic Country and Vic Metro both had two wins against Division two sides, but this weekend the traditional clashes between Victoria and South Australia and Western Australia begin.

Vic Metro take on WA at Patersons Stadium in WA on Saturday at 11:20am.