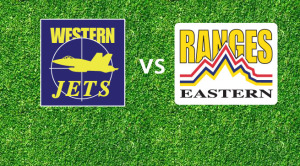 We continue to look at the Metro regions in the lead up to the first game of the season as we speak with the coaches of Western Jets and Eastern Ranges about season 2015.

We found out from Torin Baker (Western) and Darren Bewick (Eastern) the highlights of the preseason, aims for 2015, who the 19 year old players returning are, players to look out for from each club and who the assistant coaches for 2015 are.

NEXT UP: Calder Cannons vs Sandringham Dragons