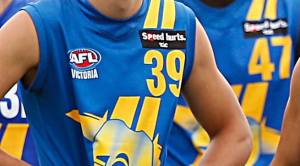 This Tuesday the U16 Metro Carnival begins at RAMS Arena with three matches featuring the six metro TAC Cup regions.

It is the first of two rounds to be played during the school holidays, with the second round taking place next Tuesday in Bayswater.

See the fixture for the two weeks, and download the teamlists for the carnival below.