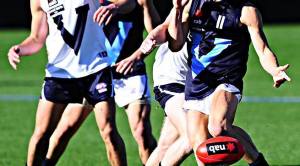 As the Vic Country title winning team has proven - with 15 members of the 2015 squad having played in the 2013 U16 Championship winning side - it is the first stage of the talent pathway for players to test themselves at the highest level.

The Vic Country and Vic Metro MVPs from 2014 at the U16 Championship - Jarrod berry and Jordan Gallucci - both played in this years U18 Championship, showing the progression between the two levels.

See below the 2015 U16 Championship fixture, as well as the final squads of 25 for Vic Metro and Vic Country. Best of luck to both first year U16 coaches, Jamie Maddocks (Vic Metro) and Leon Higgins (Vic Country).