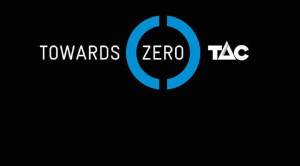 No football team should ever go into the season without their eyes on the major prize – winning a premiership.

This week Victorians were issued a challenge that will see us all working together as a team until we reach our ultimate goal of zero deaths or serious injuries on our roads.

Towards Zero sets an ambitious target, but if we’re not aiming for zero we’re saying to ourselves that there is an acceptable level of road trauma.

Many of you will have seen the Transport Accident Commission’s new Towards Zero advertisements on television this week.

An everyday Victorian is asked what a more acceptable road toll would be. His answer is 70. He is not an actor and he is not prepared for the sight of 70 of his closest family and friends walking around the corner.

This campaign represents a new direction for the TAC, the Victorian Government and its road safety partners.

It begins with opening Victorians’ minds to the reality that road trauma is not about numbers. It is about people’s brothers, sisters, mothers, fathers, teammates and colleagues and not one of them should die or be seriously injured just because they use our roads.

But Towards Zero is not just a new campaign. It is a fresh approach to road trauma reduction and every Victorian has a role to play, whether you’re playing back pocket for the local footy team, you’re in business, politics or the everyday person in the street.

We know people make mistakes but we also know that if Victorians are safer drivers, safer pedestrians and safer riders, these mistakes will be less frequent and the consequences less severe.

If, for example, people are driving a car with a five-star ANCAP safety rating, there will be a host of vehicle safety features that will intervene in the event of a mistake to prevent an accident or cushion the vehicle occupants from death or injury.

If they are travelling at safer speeds, the forces involved will be reduced along with the risk of hurting themselves.

Road design also has a big part to play in the march Towards Zero and Victorians will see unprecedented spending on safer roads infrastructure in coming years.

The TAC recognises the power of football in reaching out to Victorians and we see our continued relationships with AFL Victoria and the TAC Cup as playing an important role in Towards Zero.

We’d like everyone in the footballing community, whether you’re a fan, a coach, a parent or a player to think about what is important you and make a commitment to be safe every time you use the roads.

There is no one someone won’t miss.