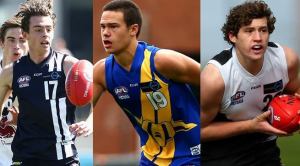 AFL Victoria's TAC Cup competition gets underway with Round 1 on Friday March 24.

Over the last month we have previewed each of the 12 regions to look at their changes for 2017, players to watch and find out who their returning 19-year-old players are.

All clubs have now submitted final lists for 2017 and they are available HERE.

See below the list of links to 2017 TAC Cup club season previews.