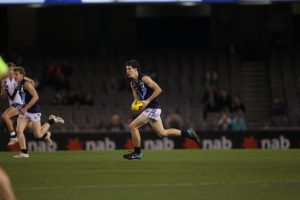 Six TAC Cup players have nominated for the pool of 17-year-olds eligible to be considered for the Greater Western Sydney (GWS) Giants Incentive Trading Rules.

Under the List Establishment Rules for the GWS Giants that were approved by the AFL Commission, the Giants do not have the right to claim any of the players who have nominated, but can trade with any of the other 17 AFL clubs for those teams to have selection rights from this pool of players. Up to four selections across the 2011 and 2012 years can be traded by the GWS Giants to the other teams in the competition, with the Giants to decide how those selections will be split (0/4, 1/3, 2/2, 3/1 or 4/0).

GWS can trade with other clubs for the right to select a player from the Trade Incentive Nomination pool during trade week, with the selection to take place after the conclusion to trade week, on the afternoon of Monday October 17.

Of the 25 nominees, between eight and 10 will be invited to work out at the NAB AFL Draft Combine, to be held at Etihad Stadium in Melbourne from October 4, so they can push their cases for selection at the mini-draft.

Players that have nominated for the mini-draft, but do not get selected, will go into the talent pool for the 2012 NAB AFL Draft.

A player selected at the mini-draft won't be able to play for their new club until the 2013 season thanks to a rule that requires players to turn 19 in their first year of AFL football, but there are many other benefits to be had.

"Depending on their scholastic situation, they can train full-time at the club, but would need to play in the state league throughout the year," Sheehan said.

"He can't be a member of the senior list, but will be paid first-round draft pick money which is a great bonus for any young fella straight out of secondary school.

"But a player certainly wouldn't have to move interstate if circumstances suggested he still had some things to take care of at home."

Crouch, Grundy, Kennedy and O’Meara all earned All Australian selection at the recent NAB AFL Under 18s national championships, despite being bottom-aged players who are again eligible to play in next year’s championships.