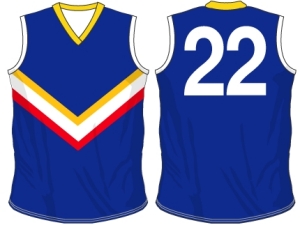 The talented midfielder starred for Melbourne against the Gold Coast Suns on Sunday at the MCG with 22 kicks and six marks.

Following a frustrating two year battle with injury from when he was drafted in 2008, Sam made his AFL debut this year in the Round 15 clash against Western Bulldogs. He has since played four senior games.

“I was wrapped with Blease’s game on the weekend. You can just hear the crowd get really excited when he starts to take off and you see him run and bounce and take the game on.

He's going to be a really good player for us," he said.

Recruited from the Eastern Ranges, Melbourne selected Sam with selection 17 in the 2008 NAB AFL Draft. However he suffered a setback in his first year with the Demons when broke his leg, which ended his 2009 season.

He sat out the first 16 rounds of 2010 but played the last six games for VFL affiliate Casey Scorpions, including a final.

Sam represented Vic Metro at the NAB AFL Under 18 Championships. He is also a 2007 AIS/AFL Academy graduate. His junior football club is Norwood (EFL).