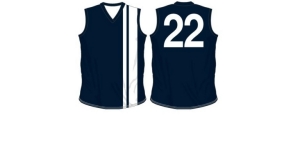 The Falcons are putting the finishing touches on their list after returning to preseason training and Turner is excited about the year ahead.

"Our under-17 group we have got this year is probably the best group since I have been at the Falcons and that has been 18 years," Turner said.

"They are pretty much an outstanding group of kids. They will be the bottom agers.

"They did everything as 16-year-olds, they beat pretty much every team by 20 goals. Three of the boys made the AIS program, but I reckon there are 10 or 12 that are just as good.

"As long as they are mature enough and good enough they will be playing. They will hold us in good stead this year and next year."

The team has 85 potential player training between two grounds at Highton and Camperdown, but that will be cut down to 55 by the end of next month.

Click HERE to view the full story from the Geelong Advertisers Ryan Reynolds.