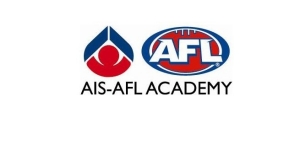 AFL FANS will get their first look at the prospective No.1 pick at the 2012 NAB AFL Draft when Lachie Whitfield runs out onto the MCG as part of the Australian Under-18 team to take on the Box Hill Hawks.

The match will be the curtain raiser for the Richmond-Carlton clash in round one and marks the official start of the 2012 NAB AFL Under-18 program, which incorporates the NAB AFL Under-18 Championships.

It follows last year's successful experiment that saw the Australian Under-18 team, comprised of AIS-AFL Academy squad members, defeat Geelong's VFL team by just one point at the MCG.

"This year our national under-18 program starts off with the very best - the Australian Under-18 team - taking on Box Hill in the AFL Invitational Challenge," AFL national talent manager Kevin Sheehan said.

"It gives the Hawks an excellent hit-out at the 'G and it gives our under-18 boys a genuine feel for the standard required to win a spot on an AFL list, which is obviously the aspiration of all 30 players."

Whitfield's eye-catching form with Vic Country and the Dandenong Stingrays made him hot property before a ball was bounced this year and installed him as early favourite to be taken with the first pick of the NAB AFL Draft.

"Given that it's an open draft, all the compromised aspects are gone with the establishment of the two new clubs' lists, there will be plenty of excitement about the best kids in the nation this year," Sheehan said.

Collingwood, Geelong, Essendon and Melbourne fans will also have a particular interest in proceedings with each club having a potential father-son draftee playing in the match.