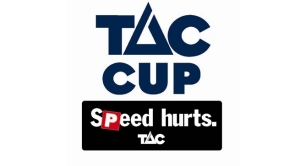 The long weekend held special importance for players from AFL Victoria’s TAC Cup Competition. On Saturday 10th March, TAC Cup players took part in a Fitness Testing Day at Maribyrnong Secondary College. This day provided players with the opportunity to trial themselves in a variety of tests, and compare themselves to other players in the competition.

The fitness testing results provide recruiters with raw information about each of these athletes. They can use this data to compare participants with other competitors, as well as evaluate these athletes later in the year to see their progression.

The day was divided into two sections. The first segment of the day was allocated to educating these up and coming players about the broader aspects of football and life outside of the game. Subject matter included Racial Vilification, Respect & Responsibility (discrimination, sexual harassment, bullying and abuse), as well as information about the AFL Players Association.

AFL Victoria believes that it is essential to develop these participants into the best people they can be, on and off the field. Therefore, great significance was placed on both the education as well as the physical testing of these players.

The second section of the day was scheduled around the players performing several different tests:-

Countless first-rate performances were recorded on the day, with the Beep Test providing a platform for many players to shine. A TAC Cup record was broken with Daniel Jackson from the Gippsland Power reaching level 16.9 in the Beep Test. Daniel was followed closely by Lachlan Whitfield (Dandenong Stingrays) who recorded 16.3 and Jonathan O’Rourke (Calder Cannons) 15.9. Final results from the others tests are still being processed and will be added to the website when available.

These high performance tests were developed and managed by Draft Star who also administers the Official AFL Combine later in the year.

All participating athletes were provided with an elite environment on the day as Powerade provided their services at Maribyrnong Secondary College. Powerade supplied the players with various types of drinks to assist them in their performances as well as their recovery.

AFL Victoria is extremely happy with the success of the AFL Victoria's TAC Cup Fitness Testing Day. The positive results from Saturday will no doubt equate to a very competitive 2012 Season which kicks off on Sunday March 25.