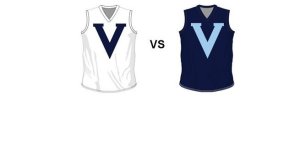 Victoria will have vast representation at the 2012 NAB AFL Under 16 Championships this week, highlighting the diverse talent that the state has the opportunity to develop.

The Championships will take place from the July 7 to 14 in Sydney’s Blacktown, home to the 18th AFL club, the GWS Giants. AFL Victoria will have a heightened interest with four different sides including Victorian representation.

After more than a decade of the Championships, Vic Metro and Vic Country will continue to be the teams other states aim to defeat.

However, following the successful inclusion of the World XVIII and South Pacific teams in 2010, another exciting expansion will occur in 2012 with the introduction of two more teams, the Western Australia North West Academy and the Flying Boomerangs.

Victoria will subsequently have representatives in the World XVIII Team and the Flying Boomerangs side that will compete in an expanded Division 3 competition.

The World XVIII is a squad of players that have been selected to represent such diverse nations as South Africa, United States, Sudan and Denmark to name just a few. The squad of 25 consists of 12 Victorians.

The Flying Boomerangs are made up of the best 25 indigenous players aged 14 to 15 years from all across the nation. Five Victorian boys made the side this year, the second largest amount from any state only behind Under 15 KickStart Champions, WA.

AFL Victoria’s Community Engagement Manager, Xavier Moloney believes the inclusion of new teams will be beneficial for all levels of the game.

“It is great to see the opportunity given to Indigenous and Multicultural participants who were involved in our local Victorian camps in April this year.

“The Under 16 Championships provide an opportunity for all the boys to showcase their skills on a National level,” Moloney said.

The 2012 NAB AFL Under 16 Championships will feature a three-match, round robin series in each of three divisions at Blacktown International Sportspark and Bruce Purser Reserve.

Vic Metro and Vic Country will face potentially their toughest competitors in the first round, taking on one another on Saturday at 2:30pm.

The World XVIII and Flying Boomerangs teams will also be going head to head in the first round on Sunday at 5:30pm.

“The Under 16’s program offers athletes with an avenue of formal entry into the AFL State Academy programs.

“It provides an opportunity to identify prospective talent and gives athletes a perspective of what is required at an elite level of the game,” Grbac said.

The U16 Championships are the beginning of the NAB Rising Stars Program and provides almost 200 players with their first opportunity to test their abilities against our country’s best emerging young footballers.