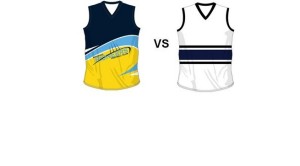 This weekend will bring upon a clash of the bottom sides when the Bendigo Pioneers take on the Northern Knights. Both teams have pushed many opponents at several times throughout the season. However, they have struggled to run away with the desired four points, having only two wins each to their names.

The Northern Knights have experienced the most recent success, defeating the Calder Cannons by 1 point two weeks ago. On the other hand, Bendigo’s last win was in Round 5 against the Knights, by a staggering 100 points.

Bendigo approach Round 13 having encountered a slim loss to the Geelong Falcons last weekend. Pioneers Coach, David Newett had mixed feeling about the teams execution against Geelong.

“Last Saturday’s performance was both extremely encouraging and disappointing at the same time. We felt we performed very well for three and a half quarters but a lapse in concentration and intensity in third term saw Geelong capitalise and score seven goals.

“We fought the game out in the final term to reduce the lead but couldn't convert our chances to regain the lead. The defensive aspect of our game was pleasing as we reduced Geelong’s overall possession count.

“Offensively our ball movement was improved as we were able to get the ball deeper inside our forward 50m.

Newett believes that several players have stepped up to the challenge and demonstrated their potential.

“We are pleased with the development of several players including Jacob Chisari, Isaiah Miller and Jordan Mangan. Along with second year players such as Vinnie Flood the team has been playing very competitive football but we haven't got the scoreboard result.”

Bendigo will be bolstered by players that have recently finished their National Championship representation.

“The team will be strengthened this week with the return of NSW Rams representatives Sam Clyne and Christian Burgess as well as Ollie Wines and Jake Stringer who represented Vic Country. Sam Heavyside, Liam Byrne and Devon Polhner are still sidelined with injuries.”

The Pioneer’s will not let their Round 5 thrashing of the Northern Knights cloud their preparation for this weekend’s contest.

“The Knights team has changed dramatically since our last encounter so the result of our last contest is irrelevant to this week’s game. They have certainly improved over the course of the season and beat some very good teams. They have several Vic Metro representatives and School competitors available so we are expecting a very close contest.”

The Northern Knights enter Round 13 having encountered a 57 point loss at the hands of ladder leaders the North Ballarat Rebels. Anthony Allen, Knights Coach believes his side produced an impressive first half but could not match the Rebels as the game wore on.

“We have definitely been on the improve, with our last two and a half games highlighting that. We have been effective with our clearances but have experienced some major problems with our use of the footy doing the basics like kicking and marking.”

Similar to Bendigo, this time of the season has brought about some familiar faces to the Northern Knights line up.

“Nathan Hrovat, Zach Ballard and Matthew Haynes will be a few recent additions to the team. However, we will not yet regain Nick Vlastuin from injury. As a whole I do not think our resources have changed too significantly.”

Although the Pioneers caused a large upset in Round 5, the Knights are still wary of their competitors this weekend.

“Last time we played Bendigo I believe Jake Stringer had his first game back and made the most of it by kicking 9 goals. That made a significant difference to the game and I don’t think he has put forward performances like that recently, so that may not be as much of a factor this weekend.”

The Northern Knights will not let their ladder position alter their mindset leading into future matches. They aim to make the most of the following weeks.

“We look at the remainder of the season with positivity and see the next five games as opportunities. We have been playing with a side that is 50 to 70 percent bottom age. They have put forward some really strong efforts and I hope that they get some return on their hard training,” Allen said.