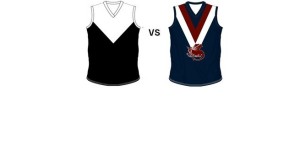 NORTH Ballarat went through the 2006 home and away season undefeated, but this year presents the Rebels with its best chance to win a premiership since its sole flag in 1997.

But, while North Ballarat dropped three games during the home and away season – two against Dandenong Stingrays – they have been dominant all year.

The Rebels have occupied top spot every round except one since Round 9 as they have defied the challenge from Gippsland Power to usurp them.

North Ballarat chases a Preliminary Final berth when it goes head-to-head with reigning premiers Sandringham, which sealed the coveted double chance with its win against Oakleigh Chargers in the final home and away match.

Sandringham moved from fifth to fourth while Oakleigh tumbled from third to sixth.

While the Dragons endured two three game losing streaks during the season they were able to regroup and win pressure games at the end of the season.

Significantly, Sandringham defeated Gippsland at Warrawee Park in Round 16 then returned to Oakleigh’s home ground to inflict on the Chargers what could be a season defining win.

North Ballarat defeated Sandringham by 17-points in their only meeting during the season, but the win has to be put in perspective as it happened during the NAB AFL Under 18 Championships.

What could be an issue for Sandringham is their ability to apply scoreboard pressure. The Dragons have only one score line over eight goals in the past five games and that was its 12 goal haul against Oakleigh.

Conversely, the Dragon’s defensive pressure has been one of its main characteristics this season. After coughing up 20-goals against Calder back in Round 9, Sandringham has not allowed a century score line kicked against them and in eight of those games they’ve shackled the opposition to single digit goals.

And, while the Rebels keep the scoreboard ticking its ability to tighten the screws on rivals has seen it emerge as the best defensive club in the competition.

Apart from Dandenong, only two other clubs – Geelong and Murray - have kicked 10 goals or more against the Rebels in a match and both managed 11 goals.

In fact, so Scrooge-like have North Ballarat been that seven times they’ve restricted the opposition to five goals or less.

It’s against that daunting backdrop that Sandringham somehow has to find an avenue to kick a winning score.