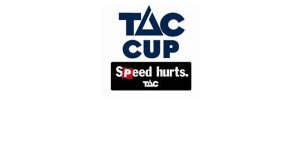 Sunday brings upon a big day for TAC Cup football, with two Semi-Finals being played at Visy Park, followed by the Morrish Medal Awards Night at Etihad Stadium.

The first match will see the Dandenong Stingrays attempt to regain their way when they take on the Oakleigh Chargers.

The Stingrays looked to have a Preliminary Finals berth at three quarter time of their match last weekend against the Gippsland Power. However, with a seven goal final term and efficient defensive restrictions, the Power finished victors by 11 points.

Dandenong Coach Graeme Yeats critiqued the game with great precision and believes his side will learn for the encounter.

“We recognized that we had played our brand the way we planned for the first three quarters, but to their (Gippsland) credit they hung in there and made us pay for a lack of concentration and effort in the last 20 minutes.

“We looked at it closely last night with the group. We showed how we pulled them apart for the first 80 minutes, but also showed how we panicked, made poor decisions and floundered under fierce pressure from a more desperate opponent. This pressure created the indecision and uncertainty amongst the players in general. We were stung by the result and the players were bitterly disappointed but have bounced back quickly.

“We trained with great spirit last night as we are acutely aware that this week could potentially be our last together. We will have gained great knowledge from the game that we cannot relent in any way with our effort, intensity, discipline or poise when opposition come at us.”

Yeats chose his words and actions wisely when he approached the side after the match.

“The silence was palpable for a brief period as we soaked up the feeling of the result. I spoke of how proud I was of the way we approached and played the game for the majority of it. I did mention that there are no prizes for running a gallant second or being brave in defeat. We needed to ice the game when we had control which was the theme of my post match chat. I touched on the fact that we need to be mentally and physically tougher when challenged in the future. This result will either make or break our team and we will judge ourselves on Sunday at the end of the day.”

Dandenong last met Oakleigh in Round Six where the Chargers walked away with a six point win in an extremely low scoring contest. However, Yeats has based his preparation on their opponents recent performances.

“We played Oakleigh early in the season and lost in a close hard fought game in the wet. I can only realistically look at their recent form which has been excellent. I watched them play Knights few weeks ago and they showed they can tough it out against good opposition in tough conditions. They have enough talent to test any side in the competition so we will have to be at our best this week to curb their better players influence and implement our game plan effectively.”

The Stingrays hope for a collective effort but will look to certain players for on-field guidance.

“We coach a very team oriented game and don’t rely on any individual but our leaders are very important on the ground. These players are the coaches and the benchmarks that others look to for inspiration and guidance. I thought that Jason Pongracic had his best game for the year. He is one of our captains and he certainly set the standard for the group and had good support from Lachie Whitfield, Nic Tuddenham and Ryan Morrison who all had very good games.

“We will rely on the 22 players selected to get the job done in the most efficient manner, as this is the only way we will progress further in the competition,” Yeats said.

The Oakleigh Chargers approach this Semi-Final with a burst of confidence after defeating the Calder Cannons by 22 points in an elimination game last weekend. Coach Justin Wenke believes he will now be fielding his top side.

“Our club was really pleased to perform strongly against the Cannons last week. This has allowed us to welcome back three boys who didn’t get up for the game due to injury. We expect to be almost at full strength this week which will allow us to compete against a very good team in the Stingrays.”

Leading into the match, Wenke was able define what he believes are each teams strengths.

“Dandenong are a super competitive hard working, contested team so we hope to match them in this area.

“Our players really enjoy playing on Visy Park, it gives us the ability to really take the game on and use our high skill level to advantage. I think the team who uses the ball more effectively and takes their chances in front of goal will win,” Wenke said.

The successful side will progress to the Preliminary Final on Saturday September 15th at Visy Park against the North Ballarat Rebels.