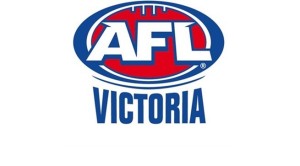 AFL Victoria is pleased to announce the development and implementation of the Laguntas Indigenous Tigers program.

Supported by the AFL, the Korin Gomandji Institute (KGI) and AFL SportsReady, the aim of the program is to further develop the pathway to the AFL competition for Indigenous players, as well as providing training and education to support the off field development of up to 50 Aboriginal & Torres Strait Islanders annually.

“We have identified a gap that exists for Indigenous players aged between 16 and 19, so one of the aims of the program is to increase opportunities for young Indigenous players to enter AFL Victoria’s talent pathway including the TAC Cup competition.

“Indigenous players already participating within a regional TAC Cup program will continue their involvement, however, if not selected they will have the opportunity to play with the Laguntas team and also be able to participate in the related off field development program that sits within it,” Williams said.

“This is a program designed to strengthen the cultural connection to the talent pathway in Victoria and will assist with players committing and engaging in the program.

“All players representing the Laguntas team will be aligned to their respective AFL Victoria talent region which is determined by place of residence.”

Significantly, AFL Victoria has seen an increase in the number of Indigenous boys participating in the twelve regional talent programs over recent years, a trend that AFL Victoria’s Talent Managers would like to see continue.

“Our Talent Managers will play a key part in this new initiative in their role of developing talented young players in Victoria, however their task is often challenging given the number of overall participants in the state and the scale of the community League and Club network.”

The team will utilise the Korin Gamadji Institute facilities based at Richmond Football Club while at the same time undertake accredited education and training facilitated by AFL SportsReady. The program will not only engage 40 young Indigenous men in a high performance football development program, but also provide 10 Indigenous staff with career pathway opportunities in team support roles to facilitate the management and administration of athlete preparation, education and coaching.

The program will be led by AFL Victoria’s State League & Talent Manager John Hook, who along with AFL Victoria’s Indigenous Programs Manager Aaron Clark and other stakeholders have already contributed significantly to the development of this all-Indigenous Under 18 team.  The concept received positive support when discussed at the inaugural Indigenous State Gathering held last September at the Peter Jackson VFL and TAC Cup Grand Final day.

“The State Gathering provided 140 Indigenous players and their families an opportunity to provide feedback of their experiences within the Victorian football network,” Clark said.

“The majority of those that attended were already on TAC Cup and VFL lists or were a part of Indigenous programs offered by AFL Victoria, so the aim was to educate key individuals within our programs about the opportunities offered to them, in a bid to have these insights filtered out to other people within their communities.”

Clark believes the new program will complement the successful U15 Kickstart program, which saw five Victorian boys form part of the National Flying Boomerangs team, and will help increase Indigenous participation across all levels of the game in Victoria.

Over the last month 100 Indigenous participants have trialled for the Kickstart program and this weekend 50 of those will attend a high performance camp coordinated by AFL Victoria. The weekend will help decide the final squad to attend a state camp and the National Kickstart Carnival in April.

“Last year we saw 29 Indigenous players within the TAC Cup and VFL competitions, and this will increase again in 2013.

“The trainees work closely with AFL Victoria staff in each region and assist them across the areas of NAB AFL Auskick, engagement with local football clubs and leagues, talent identification, welfare/community services and administration.”