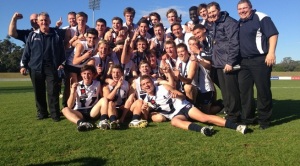 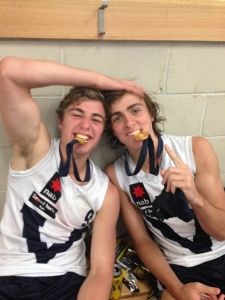 Vic Country has completed the NAB AFL U16 Championships as title winners, defeating SA in the final match of the Division one Championship.

With both sides needing a win to clinch the title, Vic Country led from start to finish, holding off a fast finishing SA side in the final term to claim victory by just two points.

Vic Country and Geelong Falcons player Rhys Mathieson (pictured on the right of teamate Nash Holmes) was named the Kevin Sheehan Medalist, for best player of the carnival.