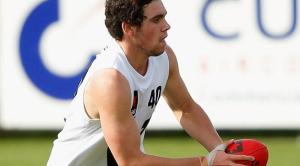 AFL Victoria’s Vic Country side faces a crucial clash in the NAB AFL U18 Championships facing top side South Australia.

SA is the only side to have defeated Country in the Championships to date, and are coming off their first defeat to Vic Metro in Round 4.

Both sides sit with three wins and one defeat on the ladder, but are separated by only a few %.

SA has been the bogey side for Vic Country over a number of years in the Championships suffering an average losing margin of 35 points against them - with 2006 the only time Country has defeated SA in their last 10 encounters.

Both sides will see the return of some key players, especially Country with Geelong Falcon Pat McCartin to play only his second game of the Championship after being injured in the Round 1 game against Metro. Ruckman Rowan Marshall has also overcome injury, producing good form in recent weeks for North Ballarat Rebels to earn a return to the Country lineup.

The teams have made six changes each from their Round 2 clash which saw SA victorious by 22 points. Inclusions for Country include McCartin, Marshall, Jordan Curnico, Aaron Wilson, Joe Maishman and Nick Dixon.

AFL Victoria high Performance Manager Leon Harris believes the interstate win against WA in the last round will provide confidence to his squad, but SA will be a different challenge.

“When we played SA last time we started well but were unable to sustain the effort. Hopefully things will be more consistent this time.

“There will be some changes since last time we played them in McCartin and Marshall, so there will be a change in personnel. Is it a better side than last time, we will find out Friday,” Harris said.

Playing the SA team on home turf will hopefully be the key to Vic Country breaking its eight game losing streak to the interstaters.

“We are looking forward to playing them in Victoria. They are a side that has controlled us over the last few years, so hopefully we can get one back on them.”

Harris has been happy with the form of Bendigo Pioneers Billy Evans in the Championships so far, as well as Dandenong Stingray Jack Lonie.

Lonie starred last game with four goals and 24 disposals, and will again be a player to watch against SA.

“He (Lonie) was exceptional last game, and hopefully that will continue as his form has been very good,” Harris said.

In the final two games, some tough choices will need to be made for Country, with 19 year old players Nathan Drummond and Marshall returning to the team.

“Dan Howe’s form has been consistent, and he is one of three 19 year olds we need to rotate in the last two games along with Drummond and Marshall.”

For SA key players to watch will be key position player Sam Durdin and onballer Jake Johansen who has been averaging 25 disposals a game so far in the Championships.

The game starts at 2:35pm at Simonds Stadium, and is live on Fox Footy.