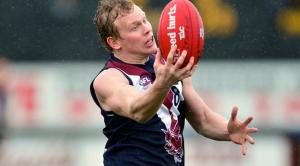 Not much separates the form lines of Sandringham Dragons and Murray Bushrangers entering an Elimination Final this weekend.

Both have won five of their last seven matches, but the Dragons are a nose in front being the last side to defeat Calder Cannons in the home and away rounds in Round 14.

Entering the final round of the season, the ladder spots for both of these sides were wide open. Sandringham were in a queue of five sides all fighting for the final two positions in the top four, while Murray had edged ahead of Eastern Ranges for the final position in the eight but were still no certainty for a finals spot.

In the end Murray secured a finals berth with a hard fought win over Bendigo Pioneers, while despite a win over Eastern Ranges, Sandringham were not able to boost its percentage sufficiently enough to break into the top four, settling for fifth spot.

Looking back on the season, after winning five of its first six games, Sandringham suffered a midseason slump with four defeats in a row, all against eventual top eight teams. This saw the Dragons teetering on the edge of a drop from the eight, but a Round 12 win against Geelong Falcons saw them return to form and back into finals contention.

The Murray Bushrangers were a top eight regular in the first eight rounds of the season, but a three game losing streak midseason, when they faced three of the eventual top four teams, saw them struggling to make up the wins and percentage to regain their spot in the finals race in the second half of the season.

In the only clash between the two sides this season, it was a two point thriller to Murray, in the midpoint of the Dragons three game slump.

The sides will be very different this time around, with the likes of Angus Brayshaw, Ed Vickers-Willis, Brayden Maynard and Sean McLaren all set to boost the Dragons line up for this clash.

Like the Round 8 encounter, a shootout between these two teams is not to be expected, neither team has kicked more than 15 goals in a game all season.

The winner of this match will face the loser of the Oakleigh Chargers vs Geelong Falcons clash.