Stinear in new role at Chargers 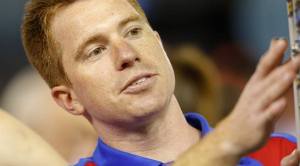 AFL Victoria wishes to announce that Michael Stinear, Development Manager for Central Region, has been appointed to the new role of Head of Football and Coaching at the Oakleigh Chargers.

Stinear steered the Oakleigh Chargers to the premiership in AFL Victoria’s TAC Cup competition this year, taking over early in the season as interim coach after Justin Wenke stepped down from the role indefinitely early in the season.

Speaking about the new role, Oakleigh Chargers Talent Manager Mark Smart said it is the first of its kind in the metropolitan area of the TAC Cup.

“We are really excited by the opportunities this role brings for our club, our players and also for Mick’s career pathway.

“This full time role will enable us to strengthen our resources and development programs which will ideally give our squad members the increased professionalism and club environment to extend their own football development.”

Stinear has been with AFL Victoria and AFL Queensland in a development capacity for over eight years and has been in a coaching capacity at elite and senior level for the same amount of time.

The former Vic Metro U18 captain during his TAC Cup days with Dandenong Stingrays is an accredited Level 2 AFL Coach and is completing his High Performance (Level 3) accreditation.

AFL Victoria would like to thank Justin Wenke for over 17 years of service with the Oakleigh Chargers as a squad assistant and then Head Coach; winning the premiership in his first season as coach in 2012.

He has largely been responsible for the level to which the Oakleigh program has risen and his infectious passion, enthusiasm and hard work will be missed.

See below a recent video regarding Michael Stinear's background and coaching history: