NAB AFL Draft: By the numbers 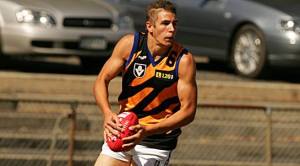 This Thursday night the opportunity to play AFL football will be granted to over 70 players from around Australia, as selections are revealed on the Gold Coast at the NAB AFL Draft.

Of the 87 draft selections, there will be just over 60 live picks made on draft night once Academy selections and father son picks are taken into account. Rookie upgrades that had previously been part of draft night will no longer be read out on the night.

AFL Victoria’s TAC Cup has the best record of any competition around Australia, regularly producing over 40% of the selections at the National Draft.

In the lead up to the Draft this Thursday night, we look back at some of the major stats since the start of the competition in 1992:

Number of players recruited from TAC Cup via National Draft: 750

1994 produced the most top 10 selections from the TAC Cup with nine, with 1998 the last year fewer than four TAC Cup players have been selected in the top 10.