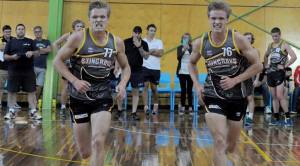 Today over 500 TAC Cup players were put through their paces as part of the annual TAC Cup Fitness Testing Day.

AFL Victoria, with the assistance of DraftStar, tested each of the players across four different stations - 20 metre sprint, agility, beep test plus jumps (vertical & running).

See some of the top results in each category for the day - more details on the testing and a full photo gallery will following later in the week.