U16 Vic Metro and Country squads 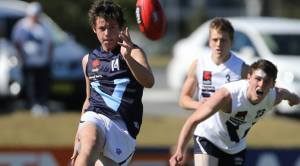 The squads will come together for a number training sessions and practice matches over the next few months as they prepare for the 2015 NAB AFL U16 National Championships which will be held on the Gold Coast in early July.

See the lists below for the Vic Metro and Vic Country initial squads: