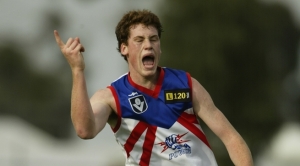 That number could be 18 if Hawks forward Jack Gunston (an ex-Sandringham Dragon) recovers from an ankle injury to also take his place at the MCG.

The players from Hawthorn are:

The players from West Coast are:

Including Gunston, this group has won:

Other former TAC Cup players to have helped their teams make it to that one day in October by playing AFL games this season are: