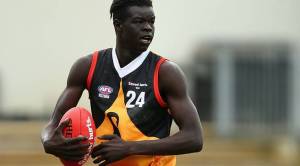 It takes the total number of 2015 drafted players to 47, after 36 were selected at the NAB AFL Draft earlier in the week.

Dandenong Stingrays finished with seven draftees this week, followed by six from the Oakleigh Chargers, and five each to Gippsland Power, Murray Bushrangers and Northern Knights.