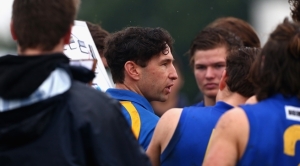 Baker knew a loss would have been a big blow to Western’s finals hopes and clearly had his troops in a do-or-die mindset at Warrawee Park on the weekend.

Despite losing the counts for disposals (by 34), marks (by 13), hitouts (by 22) and clearances (by seven), the Jets won by 33 points on the back of what they did without the ball.

Seven Western players recorded five or more tackles (led by Connor Griffiths with a game-high eight) to continually pressure the Chargers into error. They may not have had as much of the ball as Oakleigh, but their +17 differential in tackles led to a +18 advantage in inside-50s and eight more scoring shots.

A fourth win allowed the ninth-placed Jets to keep pace with three 4-6 teams above them on the ladder, including the Chargers. The stakes were high and clearly Baker’s boys answered his call for desperation.

In other key stats from Round 10:

34: Jackson McDonald had just about the complete game for the Calder Cannons in their triumph over the Eastern Ranges, recording a game-high 34 disposals, 19 contested possessions, 10 tackles, eight clearances, seven inside-50s, a goal and two score assists. The 18-year-old was clearly able to do whatever coach Andrew Johnston asked of him – and probably more.

8: Esava Ratugolea had a day out in the Murray Bushrangers’ big win against the Bendigo Pioneers, putting eight goals on the board in just his fifth TAC Cup match. The 194cm 17-year-old has already kicked 13 goals in just three games this year after making two appearances for the Bushrangers in 2015. His teammate Lachlan Tiziani also contributed five majors in Sunday’s victory. 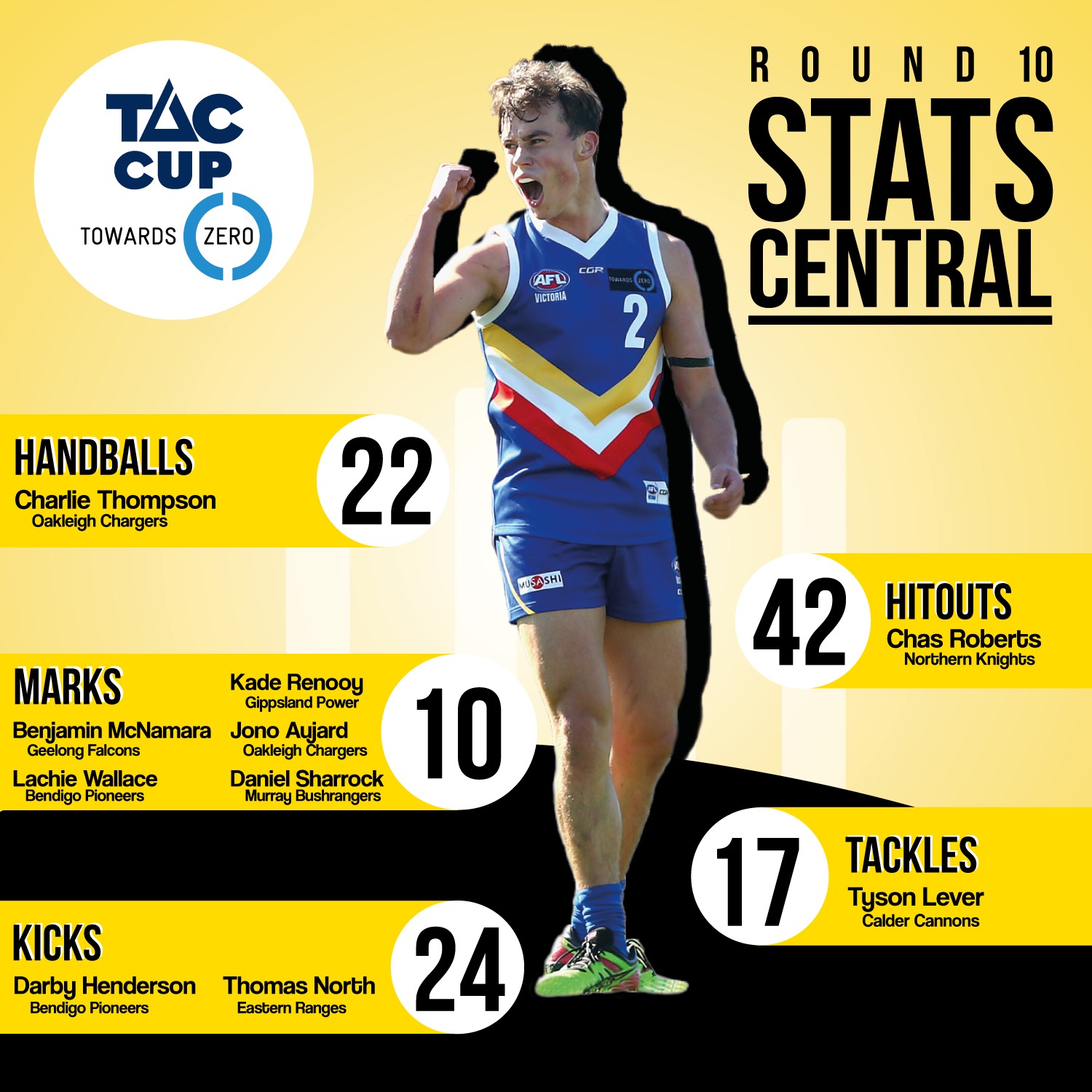