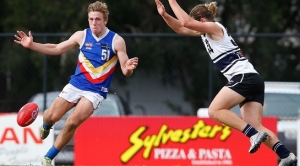 The Eastern Ranges have steadied their season in the last two weeks with no-nonsense, direct ball movement.

Last year’s grand finallists held a record of 4-3 before dropping their next five games to be in danger of missing a place in September. But victories over the Western Jets in Round 13 and Northern Knights in Round 14 has seventh-placed Eastern primed to secure a finals spot.

In their 18-point triumph over the Knights, the Ranges had much less of the ball but moved it directly and with purpose. Northern had 99 more disposals – including seven players with 20 or more disposals compared to Eastern’s one – but the Ranges recorded a kick-to-handball ratio of 1.91-to-1 compared with Northern’s 0.95-to-1.

During the crucial final quarter when Eastern rallied from six points down to overrun the Knights, the Ranges had 42 kicks and 17 handballs while Northern had 31 and 38 respectively. In a 90-point win against the Jets the previous week, their ratio was 1.47-to-1 compared to Western’s 0.99-to-1.

Boasting a dangerous forward line consisting of tall goalkickers Sam Hayes and Nathan Mullenger-McHugh, and mid-sizers such as Jaidyn Stephenson and Josh Begley, clearly Eastern wants to get the ball inside 50 as fast as possible to let them do what they do best.

Other key stats from Round 14:

9: For a 198cm ruckman, Josh Patullo gave the Gippsland Power a surprising amount of drive in their victory over the Geelong Falcons. The over-ager had a clear game-high nine inside-50s to go along with 19 disposals, five marks and 27 hitouts. Patullo was also able to demonstrate his mobility in two games for the VFL’s Casey Scorpions in June. 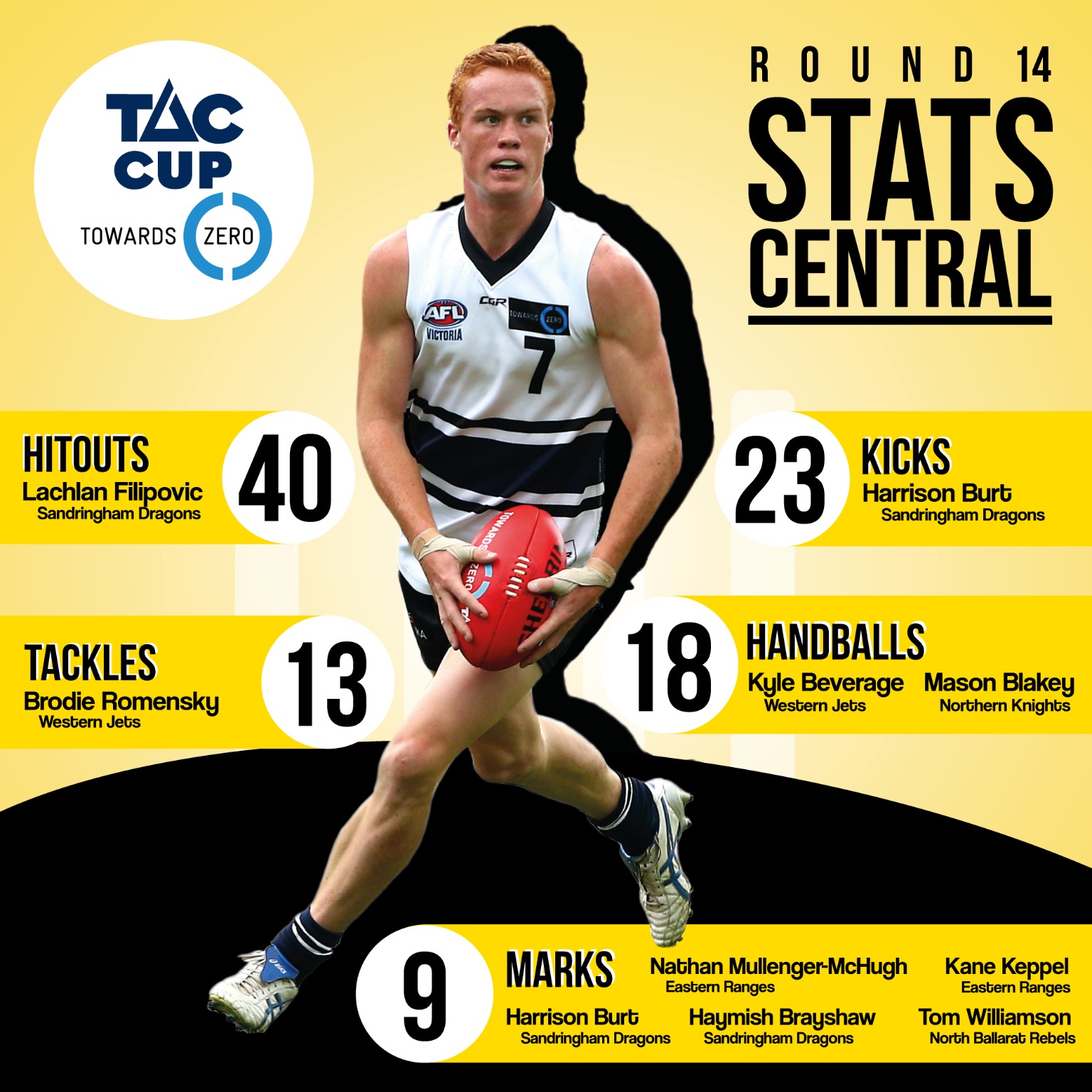