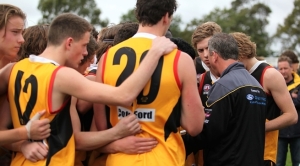 The Dandenong Stingrays defied the stats to assure themselves a top-two finish with a thrilling one-point triumph over the Murray Bushrangers in Round 16.

The Stingrays have relied on their heart in big moments before in 2016 – think of the Round 13 win from 40 points down at three-quarter time against Oakleigh – and Saturday’s encounter was another example of why they’re in a position to win the minor premiership this week.

Dandenong lost every major statistical category recorded by Champion Data to the Bushrangers – except one. The winners lagged Murray in kicks, handballs, disposals, marks (contested and uncontested), contested and uncontested possessions, hitouts, clearances, tackles and free kicks won. However, the Stingrays still generated eight more inside-50s than their opponents.

The last of those entries resulted in a goal from bottom-age hero Hunter Clark to snatch victory with just seconds left. So much for the stats, hey?

Other key stats from Round 16:

13: The Geelong Falcons are the TAC Cup’s highest-scoring team and their potency was on show again in a big Round 16 win against the Calder Cannons. They had 13 individual goalkickers contribute to their 23 majors, including seven multiple goalkickers. Seven Falcons – Brett Blair, Jackson McLachlan, Pat Dowling, Jack Henry, Zach Zdybel, Liam McCarthy and James Worpel – have all booted more than 10 goals this year.

7: Cameron Rayner presents as an exciting prospect for the Western Jets in his top-age year in 2017. The 16-year-old was a match-winner in their Round 16 win against the Bendigo Pioneers, booting 7.2 from 18 disposals and eight marks. Rayner has now booted 12 majors and been named in Western’s best players five times in his six TAC Cup games this season. 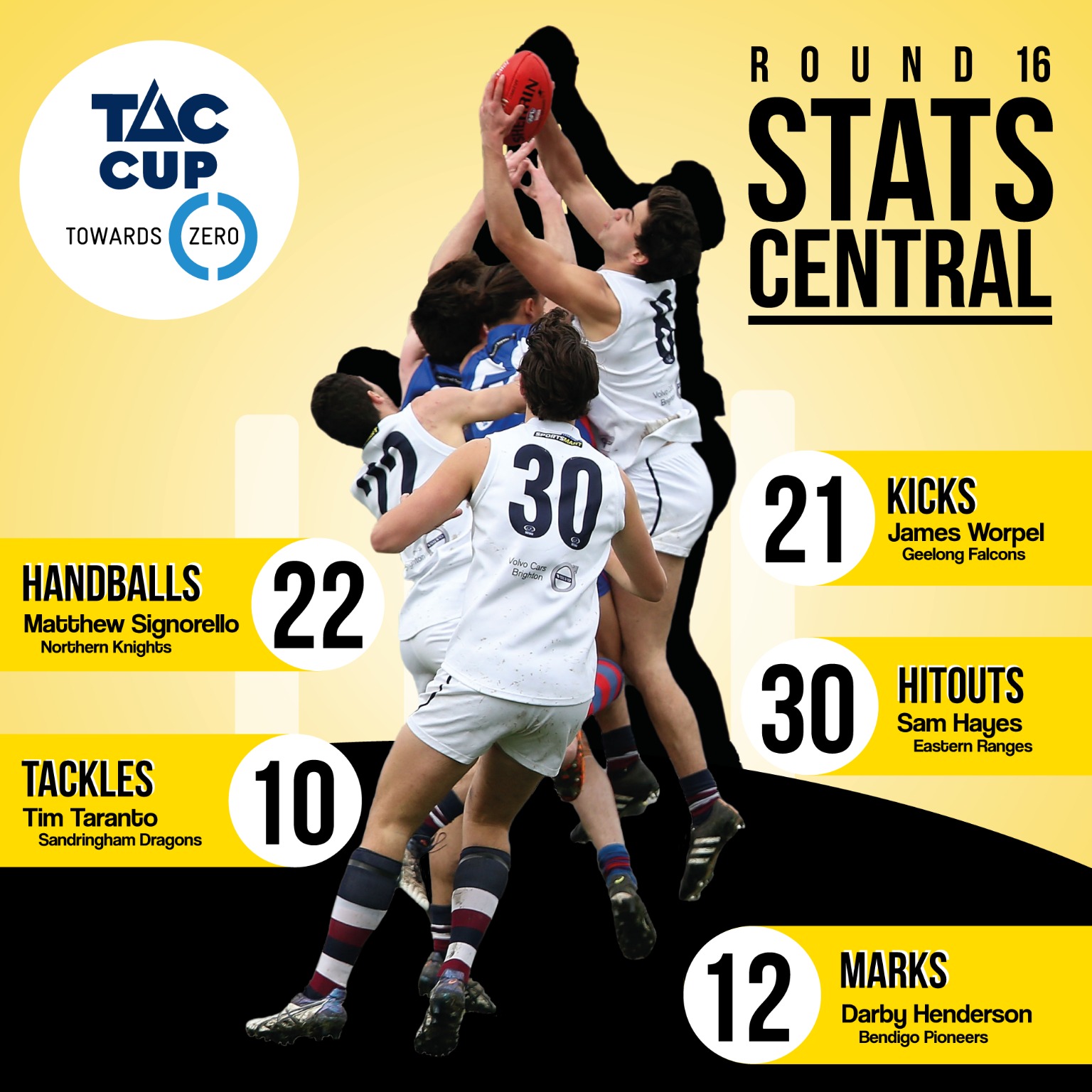