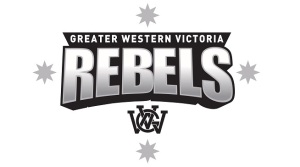 The North Ballarat Rebels have announced a historic name change, with the club to be known as the Greater Western Victoria Rebels for season 2017 and beyond.

Rebels Talent Manager Phil Partington said the change will assist with closer ties with those regions, and better identify the club's talent region.

“This is an exciting change for the Rebels Talented AFL Player Pathway Program, with a new name and logo to start the 2017 season,” Partington said.

“We hope the name change will enable the club to gain more support from clubs and leagues, as well as important commercial backing from businesses within our vast Western Victoria talent region.”

Partington said despite the move away from North Ballarat in the Rebels’ title, it would not affect the relationship with the club's Peter Jackson VFL feeder the Troon North Ballarat Roosters.

“Our outstanding partnership and crucial relationship between the Rebels and the VFL Troon Roosters will continue to be the benchmark of AFL Victoria's Talent Pathway, as we continue to strive to grow the number of talented Rebels playing VFL football with the Troon Roosters into the future.

“This strong pathway was highlighted at the end of last year with former Rebel Rowan Marshall recruited to the AFL after two seasons in the VFL and a host of other former Rebels playing regular senior football for the Roosters.”

The Program is looking forward to utilising the upgraded facilities at Eureka Stadium which will hold AFL games this year and into the future.

“We look forward to growing/promoting the game of AFL and the City Of Ballarat’s Eureka Stadium Precinct into the future with the North Ballarat Football Club and Greater Western Victoria Rebels working closely together as we have always done in the past,” Partington said.

The Greater Western Victoria Rebels will open the 2017 season on March 25 at Simonds Stadium against Geelong Falcons.