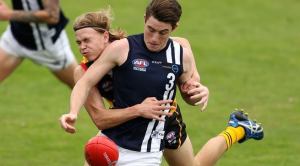 TAC Cup season 2017 kicked off Friday night underlights at RAMS Arena, and concludes with a double-header at Ikon Park on Sunday.

The lists have been finalised and teams selected for Round 1 of the season. Follow all the action across the weekend on twitter @TACCup / #TACCup

See below our season previews for each of the Round 1 games: