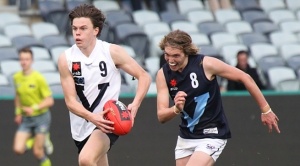 The initial Vic Country and Vic Metro squads for the NAB AFL U16 Championships in June and July have been released.

See the Vic Country and Vic Metro U16 squads below.

Country will face Metro in Round 1 of the U16 Championships on Saturday June 24 at Punt Road Oval at 11.30am.

Both teams will then travel to Queensland for the final two rounds of the Championships, with games against South Australia and Western Australia on Monday July 10 and Friday July 14.