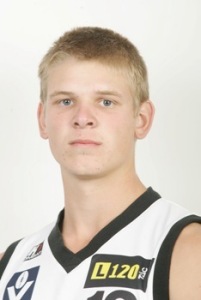 Three Knights players have been named in the Vic Metro Squad for the NAB AFL U/18 National Championships. Michael Hurley, Luke Stanton and David Zaharakis will be the three players representing Vic Metro at the Carnival, which starts this Sunday when they take on Vic Country at the MCG as a curtain raiser to the Melbourne vs. Hawthorn game.

In further good news, Hurley and Zaharakis have been named Co-Captains, along with Tom Lynch from the Sandringham Dragons. The boys are following in the foot steps of Jack Grimes and Matthew Kreuzer who were named Captain and Vice Captain for Vic Metro in 2007.

Congratulations to all three Knights players for making the squad and we wish them the best of luck for the Carnival.