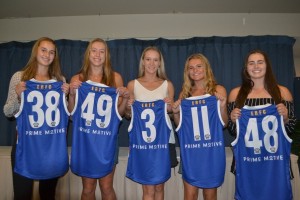 Sports presenter and commentator Sandy Roberts MC'd the night where 15 Future and 35 TAC Cup players were presented with their 2018 playing jumpers.

Madison Church and Maddie Di Cosmo were announced Captain and Vice Captain of the Futures squad.